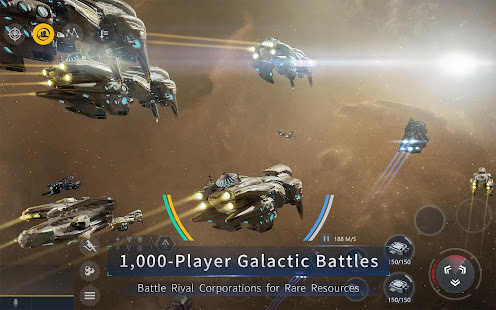 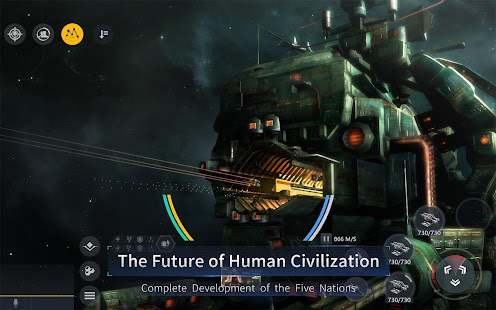 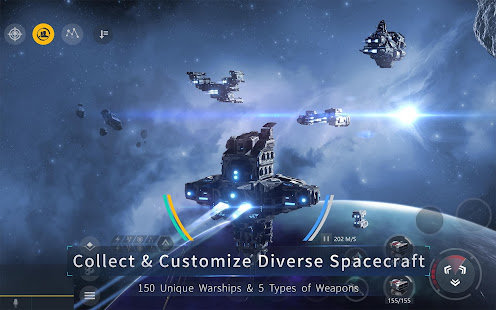 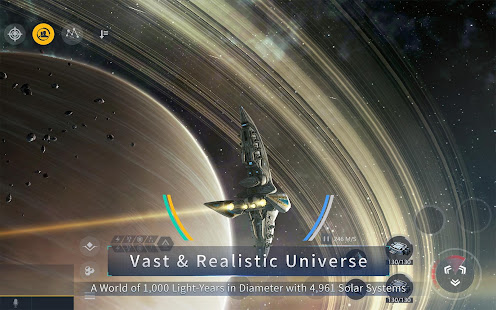 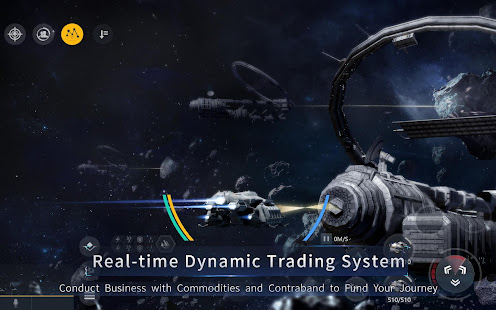 Second Galaxy presents a vast open sci-fi world combining RPG and SLG elements and consisting of 4,961 galaxies, each filled with all manner of cosmic dust, dark matter, wormholes, space stations, and other celestial bodies and artificial space facilities. In the process of exploring the game, you can command all kinds of space ships and align with like-minded allies to form corporations to amass scarce resources throughout the universe. You can also compete with other players' corporations and engage in dynamic free trade with players across all galaxies. True freedom awaits you in the endless expanse of space!

The hidden secrets of the universe will soon unfold before your eyes – take up the ultimate challenge and conquer this boundless sea of stars.

Three thousand years into the future, as the civilizations of Earth set out to colonize the universe, a "Second Galaxy" comes into being. Five emerging nations form an intertwining web of allies and enemies, holding each other in check, and sparking conflict that has now evolved into an intergalactic war epic of a truly unprecedented scale.

With five series of ships across three specification levels, Second Galaxy presents a total of 150 ships for you to unlock by mastering an intricate technology tree. Customize thousands of different weapons, devices, components, and ammunition types to produce your own fleet of deadly Titan-class warships!

Master Star Gates and Make the Universe Your Oyster

Warp through Star Gates to journey beyond time and space. Travel thousands of light-years in an instant using a network of wormholes to open up new space routes and explore unknown civilizations, lost ruins, and strange celestial phenomena.

Embark on a United Journey in a Seamless Sea of Stars

Second Galaxy allows users around the world to interact in an interconnected world where every player shares the same universe. Enter a world where ever-expanding colony wars are fought by players of the five major alliances through cooperation and coordinated attacks.

Plunder and produce countless materials, raid neutral trading planets, or try your luck on the black market – each choice you make will occur in real-time and each action and transaction has a direct impact on the game’s universal economy. In Second Galaxy, mastery of the art of trade can sometimes be the strongest weapon in your arsenal.

For a better gaming experience, we need to have access Recording and Camera permission, so that you can scan the code, use the in-game voice function. All permission will not be used for any purpose other than in-game function.

You have the conn! Summon your skills in strategy, combat, diplomacy, and leadership to master the dangerous universe of Star Trek Fleet Command.Enter a galaxy on the brink of war as Federation, Klingon, and Romulan forces vie for control of the Alpha and Beta quadrants. Discover an anc...

Perfect World has made its grand return! This new installment restores the beautiful scenery and rich class choices that made the original game famous. Gather your friends and raise an adventure in the iconic seamless world that has been overhauled to reach an unprecedented fidelity. The bonds...

Inspired by the classic console greats, Battle Chasers: Nightwar is a wild adventure featuring deep dungeon diving, turn-based combat presented in a classic JRPG format, and a rich story driven by the exploration of the world. Help young Gully on h...