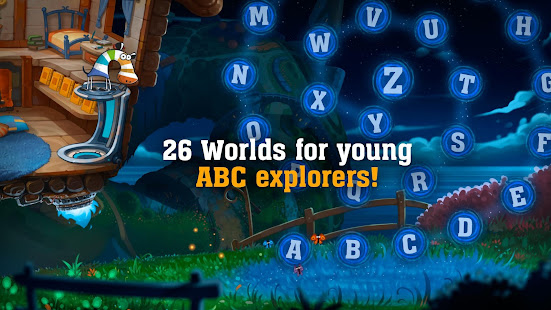 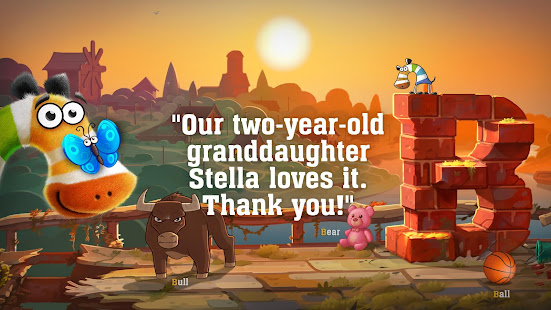 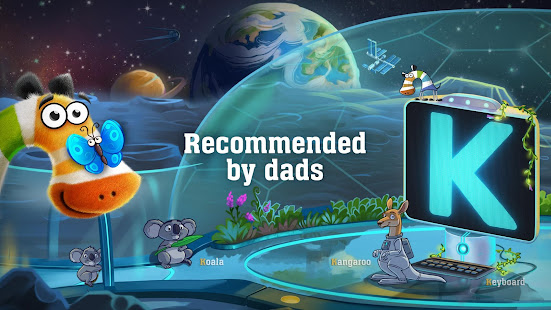 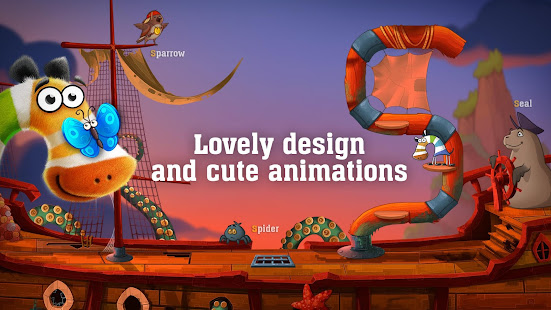 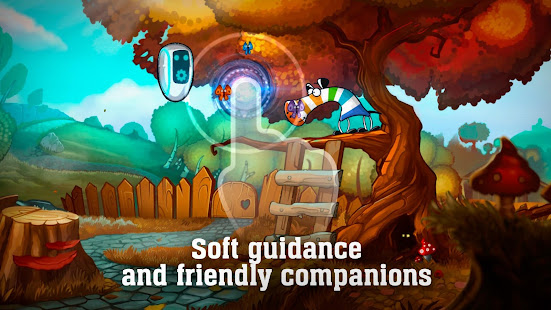 First introduction to English! Educational game for 2 to 6 year-olds.

This quest game will walk your kid through 26 wonderlands of English alphabet, just like in ABC games!

Just imagine: a game your child will play alone and learn the entire English alphabet and 250 new words in just a few months time!

While on a long trip, standing in a line to a doctor or at home, your kid will play and learn just the same.

— Best game for kids, Best Sound, Best Art according to INDIE PRIZE in the USA and the UK;

— 250 simple words as an introduction to English

— The storyteller in the game is voiced by a film and stage actor;

Special atmosphere in the game is created by the music by the British composer Paul Mottram who wrote music for films such as “Rain Man“, “Chaplin”, “Blue Jasmin” as well as TV shows by “Discovery” and “BBC Three”.

The main character is Rainbow Zebra. Zebra lost her friend in one of the enchanted worlds and needs to rescue him. But Zebra might find out which of the wonderlands is the right one only when somebody plays the game! The characters from the game will gently touch child’s feelings and stimulate imagination.

Every letter level consists of 2 parts:

1) Letter Constructor - where the child has to compile the letter from pieces, like in alphabet games;

With hundreds of learning games for toddlers around, Zebrainy is the first ever ABC app for kids below 6 created with the quality of the finest games for grownups. It features beautifully designed artwork and orchestral music, world discovery and a great story behind the game.

And there is a special reason for that. Zebrainy (ABC) learning game was created by us (parents) for our kids. We believe (and science has recently proved that) what children see and hear from the very first days will highly influence who they are as adults. This is why in our learning app is so beautiful and vivid. It encourages to learn English not only throw alphabet games, but throw learning new things and important experiences as well.

The first introduction to English! Educational application for children 2-10 years old. Game-quest for 26 magic worlds of the English alphabet - abc.Imagine: your child plays the alphabet every day, and six months later knows the entire English alphabet and 250 new words!How's th...

Looking for a fun, free, and simple educational app to help your toddler learn phonics and trace letters of the alphabet? Look no further than meet ABC kids Alphabet - free games for toddlers.ABC Kids is a free phonics and alphabet teaching app that makes learning fun for children, from...

Complete jigsaw puzzles of cute cartoon pictures while learning the English alphabet and counting. Build memory skills with the pair matching games and learn addition and subtraction for numbers from 1 to 20.Now with bonus find the pairs memory training game, added letter puzzles and fl...

English for Kids is an educational app for preschool-age children. It uses a laid-back game format to introduce little ones to letters of the English alphabet. Our ABC's are based on an original, proprietary methodology for learning English. Together with fun game characte...

Note: the lite version covers letters A through F.Advisory Alert: Alive Alphabet’s amazing and amusing alphabetic adventure ahead!From Antelope to Zebra, Alive Alphabet thrills your children as they watch each letter come to life after tracing.26 animals with...