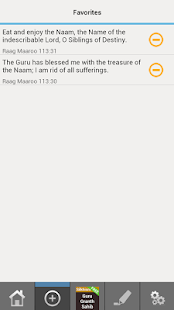 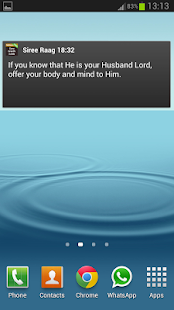 Also known as Shri Guru Granth Sahib, it is a voluminous text of 1430 Angs, compiled and composed during the period of Sikh gurus, from 1469 to 1708.

It is a collection of hymns (Shabad) or Baani describing the qualities of God and why one should meditate on God's name.

Guru Gobind Singh (1666–1708), the tenth guru, after adding Guru Tegh Bahadur's bani to the Adi Granth affirmed the sacred text as his successor, elevating it to Guru Granth Sahib.

The text remains the holy scripture of the Sikhs, regarded as the teachings of the Ten Gurus. The role of Guru Granth Sahib, as a source or guide of prayer, is pivotal in Sikh worship.

The Adi Granth, the first rendition, was first compiled by the fifth Sikh guru, Guru Arjan (1563–1606), from hymns of the first five Sikh gurus and 15 other great saints, or bhagats, including those of the Hindu and Muslim faith.

Guru Gobind Singh, the tenth Sikh guru added all 115 of Guru Tegh Bahadur's hymns to the Adi Granth and this second rendition became known as the Guru Granth Sahib.

After the tenth Sikh gurus died many copies were prepared for distribution by Baba Deep Singh and Bhai Mani Singh.

It is written in the Gurmukhī script, in various dialects – including Lehndi Punjabi, Braj Bhasha, Khariboli, Sanskrit and Persian – often coalesced under the generic title of Sant Bhasha.

Get the Words and Wisdom of Guru Granth Sahib, the Holy Book of Sikhism with this app.

With this app, you can

When you open the app, you will see Verse of Day, and Book of the Day. Start your day with a Daily Verse or Browse the Book of Day.

Study the Guru Granth Sahib with our easy to use interface. Browse by books, chapters, verse. Highlight your favorite verses and easily access them in future.

Use the favorites feature to save or bookmark your study and quickly access where you left off. Get access to these verses whenever you need them!

Get inspired daily with a Daily Verse of Day widget.

Press the audio button, and hear the words and wisdom while you drive or whenever its inconvenient to read!

Most important of all, its FREE.

Download this FREE app today and enjoy the words and wisdom of the Gurus of Sikhism in your pocket!

THIS APP IS MOST SUITED FOR A SEHAJ PATH. ONE SHOULD COMPLETE ONE SEHAJ PATH OF GURU GRANTH SAHIB IN HIS/HER LIFETIME. NO INTERNET REQUIRED. YOU CAN READ OFFLINE. LINE BY LINE ENGLISH TRANSLATION OF SRI GURU GRANTH SAHIB. NO ADVERTISEMENTS.Featu...

This is Gurbani App. This app is mobile version of web app gurugranthdarpan.net. This is Punjabi Translation of Shri Guru Granth Sahib Ji By prof. Sahib Singh Ji. All Contents in this app are taken from site:- http://gurugranthdarpan.netPlease forgive me if any mistakes, I just used the...