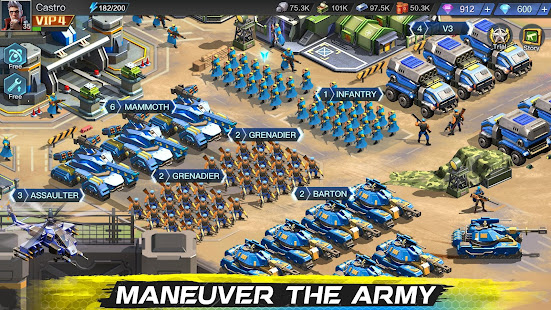 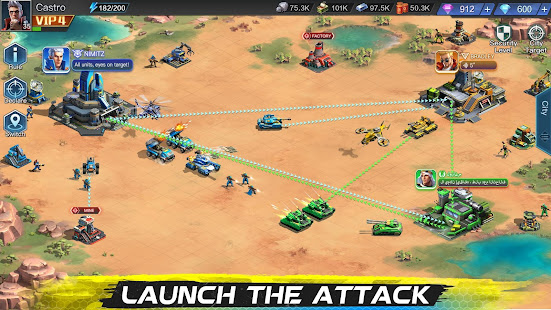 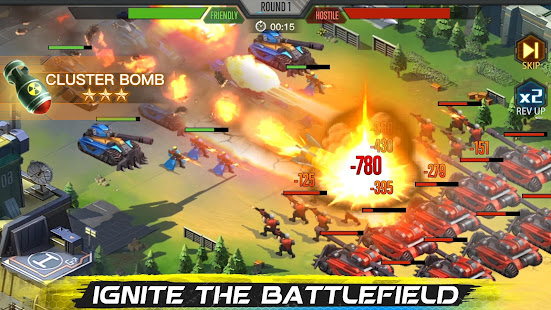 About Dawn of Warfare

A strategy game of modern war like never before! Dawn of Warfare is where you act as a commander to build up military bases in the wild desert, recruit globally renowned Champs, and train modern units of armor, air force, and special forces. With a strong army backing you up, go and grab for city resources and dominate war zones across the globe – paving the way to be the mightiest frontline commander! In a gameplay that goes beyond the traditional SLG mode, battles will be fought in a way that only the strategy-minded commanders can trump in the end. On a constantly changing battlefield, your perfect combination of strategies and tactics will make you stand out!

------Take Cities and Dominate the World

On the expansive war zone map you can see more than 40 cities of the real world. You are tasked to take back these cities from the rebels scattered in multiple war zones, and get ready to repel new invasions.

A military base is what you need at war times, so as to train diverse units of infantry, armor and air force that constitute a strong army.

-----Join a Warband to Fight Together

Great minds think, and fight, alike! Team up with Warband Mates to eliminate rebels, and together you can form a mighty force preventing friendly territories and cities from enemy invasions.

is a RTS game developed for Sci-Fi fans, we innovatively used matching system for each game, in each round of game, you will be matched with global players from different countries. Multi-line attack and defense on the open battlefield, battle for the resources, colonize to develop and conque...

Play for FREE in the most exciting SLG Game ever! Raise your army to fight for Glory in War Ages! Build a mighty City and compete against millions of players from different countries.Come check out this award-winning strategy game and play it now! Join a mighty Alliance to chat and make...

United Front is a free to play, global MMO RTS modern war game for you. Build bases, plunder neighbors, recruit veteran fighters, and join with your allies in a bid for global domination! Features: - Join the fray of over [53] nations on a global map- Deploy over [2...

Grow, conquer, and claim the Throne! Write YOUR heroic epic as an Orc, Elf, Undead, or Human in this new evolution of fantasy and RTS.Lead your Heroes with savage might or dazzling magic. Kit them out with upgradeable spells, troops, and gear. Ally with players around the world for endl...

???? Featured strategy game on Googleplay!???? The first diversified mobile game which perfectly combines story, RPG and SLG elements together!???? Players from more than 143 countries around the world compete with each other!Haze of War is a large-scale global stra...