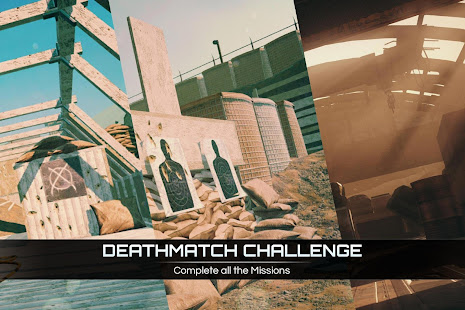 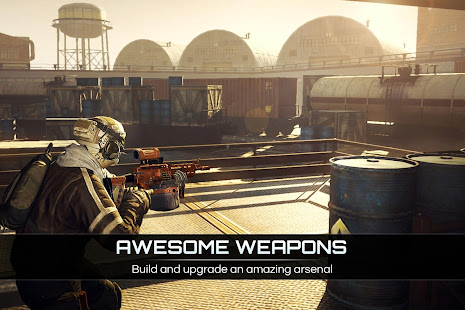 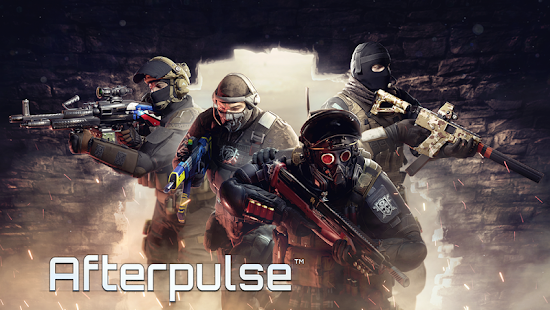 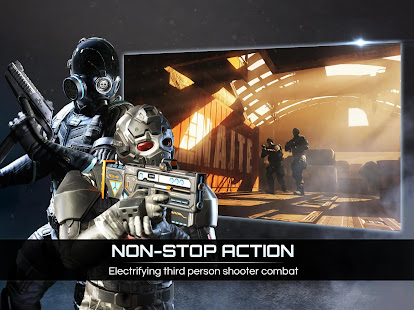 An electromagnetic pulse has changed everything. The balance of power is unstable. World leaders are deploying elite squads. It is time to choose. To either restore peace or to ignite the largest conflict war in history!

** A CONSOLE EXPERIENCE ON YOUR MOBILE DEVICE **

Enjoyed by over 12 millions players, Afterpulse has received tremendous acclaim as one of the best and most realistic third person shooters for mobile devices on the market.

✓Customize your Elite Soldiers! Become an unbeatable and courageous soldier by customizing your headgear, armor, weapons and gadgets –

✓Build the best and most strategic load-outs to prepare for any situation that may arise!

✓ Afterpulse hosts the bigger array of guns and armors in the market, which can be combined and fused to generate over 1200 results! Choose your own style according to your combat strategy : Handgun, Shotgun, Assault, SMG, LMG, Sniper, Rockets... and combine them for a greater damage!

✓ Unleash your competitive spirit by taking part in the seasonal Game modes that are heavily centered on Multiplayer and Co-Op Challenges, all inspired by real military experiences.

Dive into a dynamic 5v5 PvP sci-fi action game with tons of weapons, tactics, and fun! Choose your class and get ready for a fast-paced multiplayer PvP shooter! Gear up with a wide range of weapons and unique armor sets to shoot your way to victory. Battle not only enemy mercenaries, but the e...

Drop into a free, fun online FPS that defines a new era of shooter games. ???? Android Excellence Game of 2018 ????Choose your Agent, master your role, and dominate the field of battle with your team. From skilled run 'n' gun attackers and covert assassins to team supporte...

Infinity OpsA multiplayer FPS in a sci-fi setting! The event of the game take place in the distant future, when humanity has surpassed the limits of technological development and the world has descended into the chaos of interplanetary warfare!Player will ...